A Hospital in War

A ferocious war has run for more than 40 years in Afghanistan, for most of its duration it has been ignored by media and politics.  Lights went off again after 2015, when the Nato military mission was declared over and the foreign troops were mostly withdrawn. While media and international community turned their back again, the Afghan carnage went on, a never-ending war which has never so tragic and cruel. This self-produced zero-budget documentary tells about that forgotten wars seen from the wards of an hospital in the city center of Kabul, from the point of view of victims and health workers who relentlessly try to help them.

Production in Afghanistan: Ahmad and Fahim

POSTER (IN ITALIAN) WEB USE

POSTER (IN ITALIAN) PRINT USE 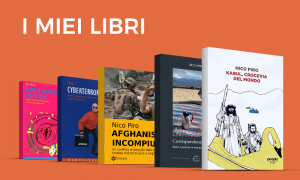